(FTF Editor’s Note: Late last month, Gresham Technologies announced that it was acquiring Electra Information Systems for $38.6 million. The acquisition is slated to become official on June 22, and both vendors say it will help transform the market landscape for reconciliation and cloud-based data control. FTF News got time with Ian Manocha, CEO at Gresham, and in this second of a two-part Q&A he provided insight into the rationale behind the acquisition.) 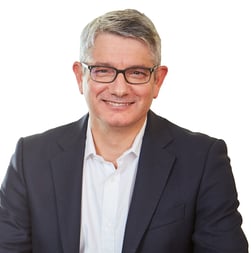 Q: Why does this acquisition make sense now?

A: As opposed to any other time, do you mean?

Q: I mean, are the conditions now better for this move than they were, say a year or two ago?

A: We’ve tracked Electra for some time. I’ve known John personally for four or five years. But the timing is very much of Electra’s choosing — John [Landry], the founder, CEO, and majority owner thought it was time to take the business to the next level in terms of expanding its global reach and offering. So he, in conjunction with some bankers, ran a process over the last 18 months – obviously somewhat slowed down by the various lockdowns - to find a new home for the business.

For us, the timing absolutely makes sense in that we’ve built our business up to a very strong financial position, and we have the investor support to do a deal like this, that perhaps when we were a smaller company starting out a few years ago, we wouldn’t have been in a position to do.

Q: How long were both companies talking about the acquisition?

A: Well, as I said, John and I have known each other for a little while, but actually — in terms of when Electra formally started to talk to firms about an acquisition through their appointed bankers, and we were one of a number, I’m sure — I would say that was heading towards 15 months.

In fact, I remember it pretty well because it was not long before the first COVID lockdown, and that slowed down the process actually.…Both firms needed to spend time internally… supporting their customers and staff before we were able to move the process forward again.

Q: Do you remember when it became clear that the acquisition was actually going to happen?

A: We reached agreement with John on ‘heads of terms’ at the end of last year. And from that point onwards, we were the exclusive bidder in the process.

So, really, for most of the last year, he was looking at a number of options. But it clearly didn’t make sense for him to go into the deep due diligence that’s required with more than one party....We then completed all of the necessary due diligence. As a public company, we had regulatory processes to go through as well as a process with investors and the fundraising, which has all happened in recent days.

Q: What will be happening to Electra’s executives?

A: So, John, as the CEO, is being retained on an advisory basis to us, for up to 12 months. But operationally, he won’t run the company.

I think he’s got a good leadership team. And, so, our goal is to completely integrate the two companies, and ultimately end up with a single, global, leadership team running the combined business.

But, for the interim, Electra will continue to be run as a standalone entity within Gresham until all of the details of the integration are worked out. And it’s our expectation and our commitment that all staff, employees, and management will be retained within Gresham moving forward. But, clearly, for some of them, the nature of their role may change.
But it’s our expectation that everyone will join. And the current Electra leadership team, with the exception of John, will be retained and will keep running the Electra business.

Q: You anticipated one of my questions, which is about potential layoffs. So you’re saying the goal is to not have any layoffs?

A: No, we absolutely do not want that and have no plans for it. And I’ll tell you the reason why, Eugene: Part of what we’re doing here is globalizing Electra, and we’re globalizing our Clareti business.

So, Electra has got great products and services. 96 percent of their revenues come from the United States and Canada. And they have very successfully won additional clients outside of that domestic market, but they’ve never really invested in growing internationally. So, that’s what we want to do. We’ll take those Electra offerings to the buy-side community in Europe and in Asia Pacific. Therefore, it’s fundamental that we keep the entire team.

Ultimately, we’re going to end up with a global company, 200 employees around the world, 10 offices, and 270 customers.